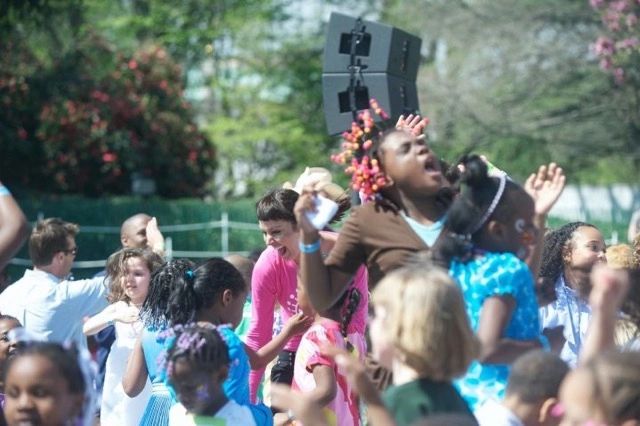 For over 20 years, Kellee has created award winning entertainment properties and education programs that have positively impacted millions of children. A recent recipient of the Broken Glass Ceiling Award by Palm Springs Women in Film for her contributions to children’s television, she also received a Community Leadership Award from President Obama's Council on Sports, Fitness and Nutrition in 2012.

Currently producing the live action film, The Velveteen Rabbit with ODC/Dance, Kellee is bringing Margery Williams' classic tale of love, loyalty and friendship to life through an original ballet with music by Benjamin Britten and a colorful cast of costumed characters.

In 2001, Kellee founded KidTribe, an international childhood obesity prevention program that toured from school to school throughout the US and the UK, performing the interactive Hoopapalooza Fitness Concert, designed to get kids active through dance and hula hooping, Having worked directly with over 5 million children and educators spanning the globe, Miss Kellee and the KidTribe Crew headlined the Hop to It Stage at White House Easter Egg Roll throughout all eight years of the Obama Administration. KidTribe also hoops it up at the Nickelodeon WorldWide Day of Play event every year since 2006. KidTribe’s original songs, how-to-hip-hop-hula-hoop videos, patented products and curricula have won numerous awards and continue to be used daily in thousands of schools as a Physical Education staple.

Kellee is the co-executive producer, showrunner, voice director and curriculum author for Mack & Moxy, an animated preschool series airing on PBS and Amazon Prime. With an aim to raise the next generation of humanitarians by partnering with the world’s leading charities, each episode features a different cause and guest stars celebrities who care, like Hank Azaria, Keegan-Michael Key, Rachael Ray, Melissa Fumero, Dean Norris, Josh Duhamel and Gold Medalist, Simone Biles.

NASA partnered with Kellee to develop Space School Musical, the Telly Award winning STEAM education “hip-hopera” that infuses the performing arts with science through performing this original "out of this world" musical. Adopted by national and international afterschool programs, Space School Musical had such impressive metrics and engagement, that it was one of three initiatives NASA brought before congress to successfully reinstate appropriations for education funding.

She also designed and authored the Rocket Rules Sense of Safety Initiative in partnership with LAPD, USC's Sol Price School of Public Policy to teach children and families how to stay safe in the event of an active threat. Kellee produced animation videos, books and curricula that teach safety skills and drills for fires, floods, hurricanes, earthquakes and dangerous intruder responses for elementary school youth.

A sought after children's entertainment producer, content developer, curriculum designer, consultant and keynote speaker, Kellee continues to create and integrate engaging entertainment in a way that excites young minds and inspires positive attitudes, behaviors and a sense of belonging for the 21st century child.

"Thank you for creating lifelong memories for children. You bring smiles and sunshine to so many."

"Kellee is like the Pied-Piper with a Boom Box, saving the world one dance move at a time."

"Kellee intuitively understands how children think, feel, and learn. The results are measurable, in students' interest levels, test scores, and most importantly, their smiles."

"Kellee McQuinn's programs are the medicine for what ails most kids today."